We are still a nation at war with ourselves, even if we don’t like to admit it
As a nation, we can’t heal ourself until we face race relations head on. 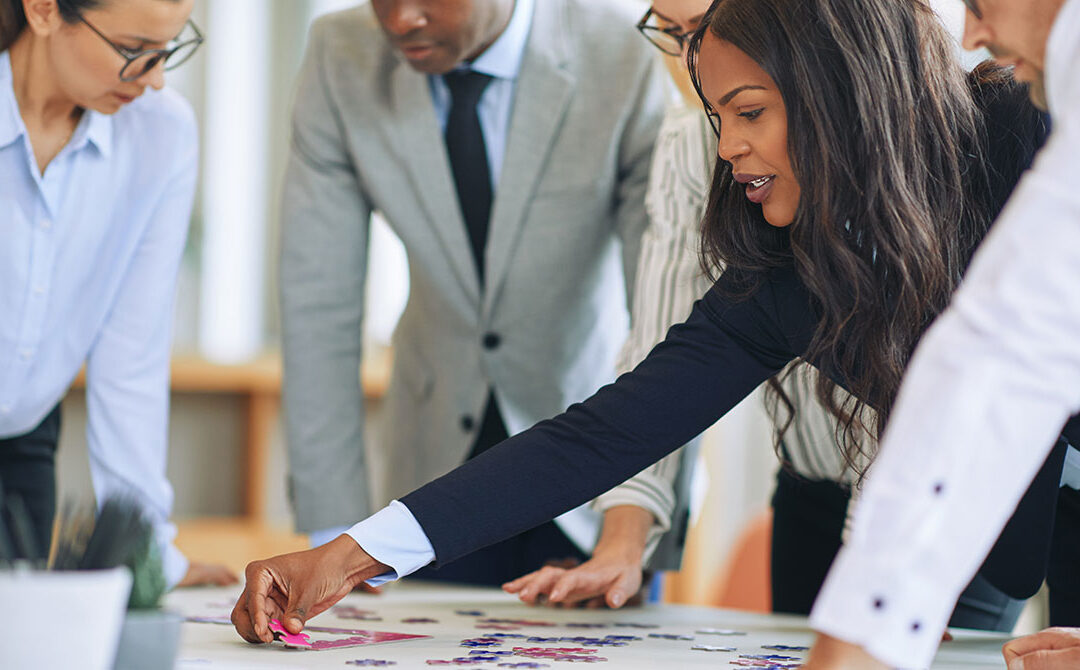 This article first appeared in print in The Star and Post and online as We are still a nation at war with ourselves, even if we don’t like to admit it on msn news and I Am An Entrepreneur.

In 1994, I wrote an article for The People Dynamics magazine. In it I stated that ‘the ‘eggshell issues’ of racial discrimination, bias, prejudice and stereotyping, till now far too sensitive to discuss openly, need to become the subject of continuous debate at all levels of the organisation.’

Recent events have made it clear that those ‘eggshell issues’ are just as sensitive today as they were 26 years ago. As a nation (and as businesses) we still skirt around the issues of systemic racism. This means that individuals and organisations alike are trying to pretend that racism doesn’t exist, and the result is internal business issues that spill out into communities through poorly conceived advertising, job descriptions, messaging and even customer service.

We are still a nation at war with ourselves, even if we don’t like to admit it.

My 1994 article continued: ‘Surely it is no longer good enough to sweep race relation issues under the carpet in the hope that they will evaporate in the euphoria of political change. If anything, workplace polarisation could well deteriorate in the short to medium term as the various groups struggle to come to terms with the new order.’

The only difference between now and then is that through social media platforms, citizens have a greater voice, and they’re using them. When brands make race-related mistakes, they are called out, and hashtags and protests ensue.

And yet we continue to ignore the elephant in the room. These are not isolated incidents triggered by wayward employees. They indicate a much deeper problem.

Racial polarisation lies at the heart of our problems

It’s easy for a business to fire a wayward employee who has made racist remarks on social media and distance themselves from the problem and the sentiment. These brands are essentially saying, ‘it’s not us, it’s them. Their values do not represent our values.’

The problem with this tactic is that it’s not true – and it doesn’t solve a much bigger issue that businesses are facing.

If our society was only dealing with a few errant racist employees, we wouldn’t keep seeing advertising campaigns that trigger such outcries and charges of racism.

The reality that we need to start addressing as business leaders is that racial polarisation lies at the heart of most of the problems experienced by South African businesses. It’s the underlying reason for problematic corporate cultures, poor productivity, and below-par customer service – and it’s the reason that advertising campaigns can pass through multiple teams, channels and approvals processes without anyone registering that they are approving racist content.

If we don’t start addressing racism in the workplace, these incidents will continue to happen, and our entire nation will become more divided as a result.

‘Systemic racism’, or ‘institutional racism’, refers to how ideas of white superiority are captured in everyday thinking at a systems level. These ideas tend to stem from unconscious biases that are never questioned and are instead bolstered by how society operates.

Over the past few years, we’ve seen brands advertise products in casually racist ways. Is this because the brand is racist, or the teams working on the campaigns are racist, or does it go much deeper than that?

If a racist advert can be created and approved, what is happening inside the organization on a day-to-day basis? And will firing the individuals involved change anything?

Of course not. The hallmark of systemic racism is that it is broad and deeply entrenched. These incidents are never the work of a few individuals who want to make a racist statement. No one wakes up and thinks, ‘how can I show the world how racist I am today, or how racist we are as a brand.’

These are errors – and that’s really where the problem lies. We are unthinkingly biased towards each other and its tearing the fabric of our society apart.

So, what’s the solution?

Next, we have to stop hiding from our unconscious biases and the racial polarisation we are facing as a nation. Simply apologizing and even firing people does not solve the problem – if it did, this wouldn’t keep happening. Instead, businesses need to focus on what they can do to make a real change to the systemic racism problems we are facing as a nation. We need to have the tough conversations and address our unconscious biases in an empathetic and transparent way.

It’s important to get everyone involved, from top leadership through to everyone in the organization. Ending racial polarisation in the workplace must be done together. This is not about empty platitudes on the wall. It’s about really understanding each other. We don’t need to have the same culture – we just need to learn to accept and respect each other.

As a business, you can choose to ignore race relations within your organization, or you can address them. If your entire team takes this courageous step together though, you will not only build a business on the foundations of respect and empathy, but you will boost productivity and customer service and build a truly diverse company that can rise to the occasion of meeting South Africa’s needs and challenges. An added bonus is that racist messages will stop making their way into our communities, entrenching unconscious biases even further. Maybe eventually, our nation will even be able to heal itself.